Q: You have a few different business ventures, like the Black & Denim Clothing Company and and CoWork Ybor. What made you want to give coffee a try?

A: I think the idea came about when we were working on proposals for Tampa International Airport, and in that time we were looking into retail and beverage concepts. We thought coffee would be really interesting, and that’s kind of how the idea was born.

Q: Why did you choose to start your business in Tampa when you could have placed the company wherever you wanted?

A: I saw the opportunity for growth that Tampa has, especially with how many people were moving there at the time. The amazing facilities, the top ten airport, and the size [of the city] were all things which factored in to making the move to Tampa.

Q: Do you feel like local business is thriving in Tampa? Is it difficult to compete with more mainstream places?

A: Well, I don’t necessarily think it’s difficult. A lot of other businesses are in competition, but activity breeds activity. The more people that are conscious about the local movement and how it is putting people over chains and mass consumption, the better. That’s the wave that we’re trying to ride right now.

Q: You just opened your fourth Blind Tiger location in Westchase. How far are you looking to push the Blind Tiger brand?

A: I think that at this particular time we’re trying to expand as much as possible within the Tampa Bay area, or at least within the Hillsborough County border. We’re trying to identify underserved communities or neighborhoods where we can expand our footprint and utilize our positions. 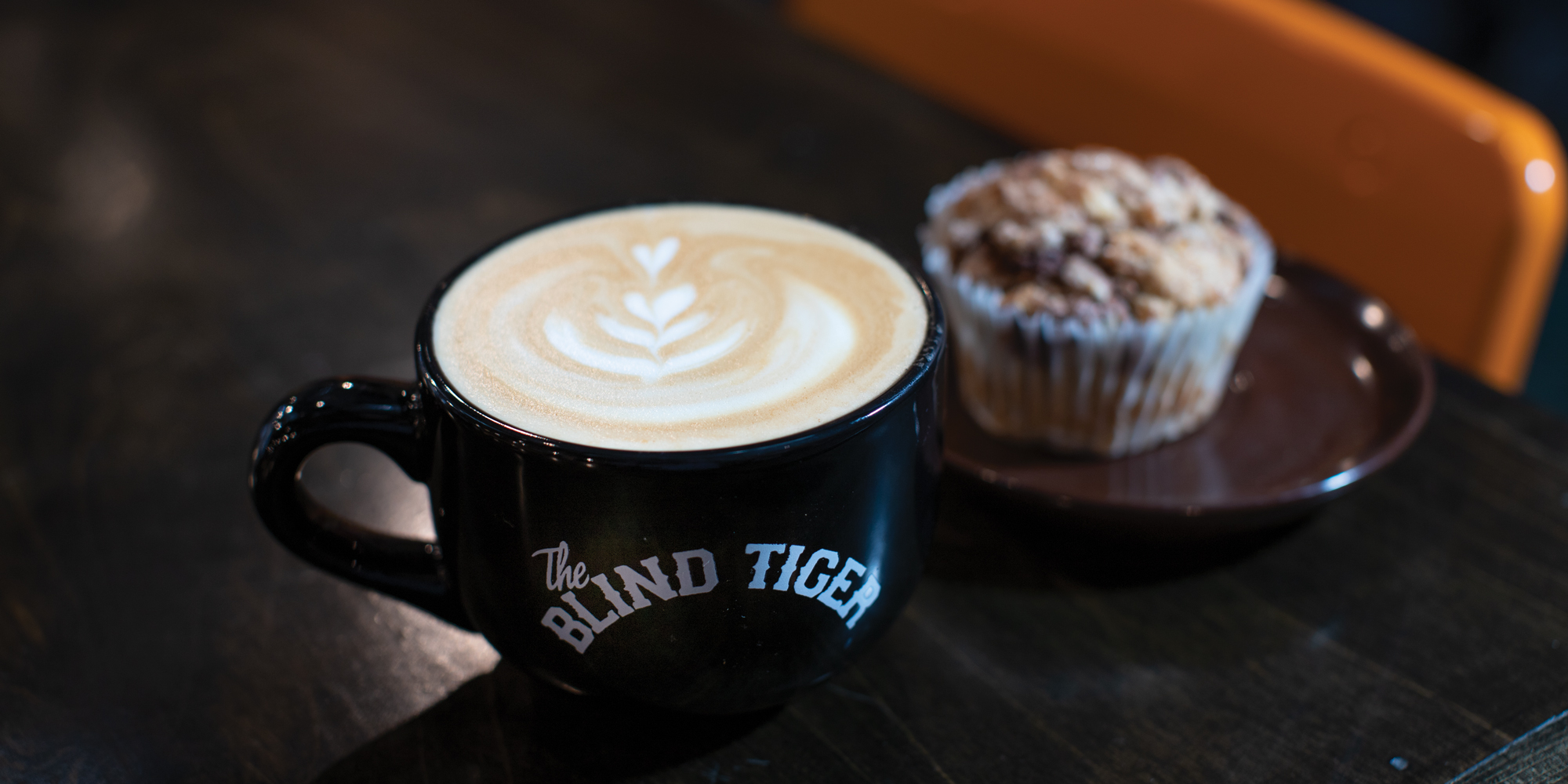 Q: The name of your cafe is “speakeasy” inspired. How so?

A: The idea was that we took the name “blind tiger,” which is a euphemism for a speakeasy. Whenever someone in the 1920s Prohibition era wanted to talk to someone, they’d invite them to a speakeasy. They didn’t say the word speakeasy, however. They would say something like, “Come check out this blind tiger.” The idea was that they were trying to understand how they could drink alcohol in this particular establishment. They said, okay cool, so we’re gonna tell everyone it’s the blind tiger, and if the cops come they won’t know that we’re actually drinking alcohol.

Q: How do you see the development of local businesses in our city moving forward?

A: I think in this particular instance, one rising tide will lift all boats. We are trying to weave our personal narrative into the narrative of the city. We’re trying to establish a name that people are proud not only of, but that they can actually get behind.

Q: What’s your favorite part about living and working in Tampa?

A: What’s really cool about Tampa is that it’s not done. It’s not New York, Chicago or Los Angeles; it’s not any of those places that have a tremendous infrastructure. Ten years ago it wasn’t cool to be in Tampa, but now it’s all about taking it to the next level.